Thriving at his Job 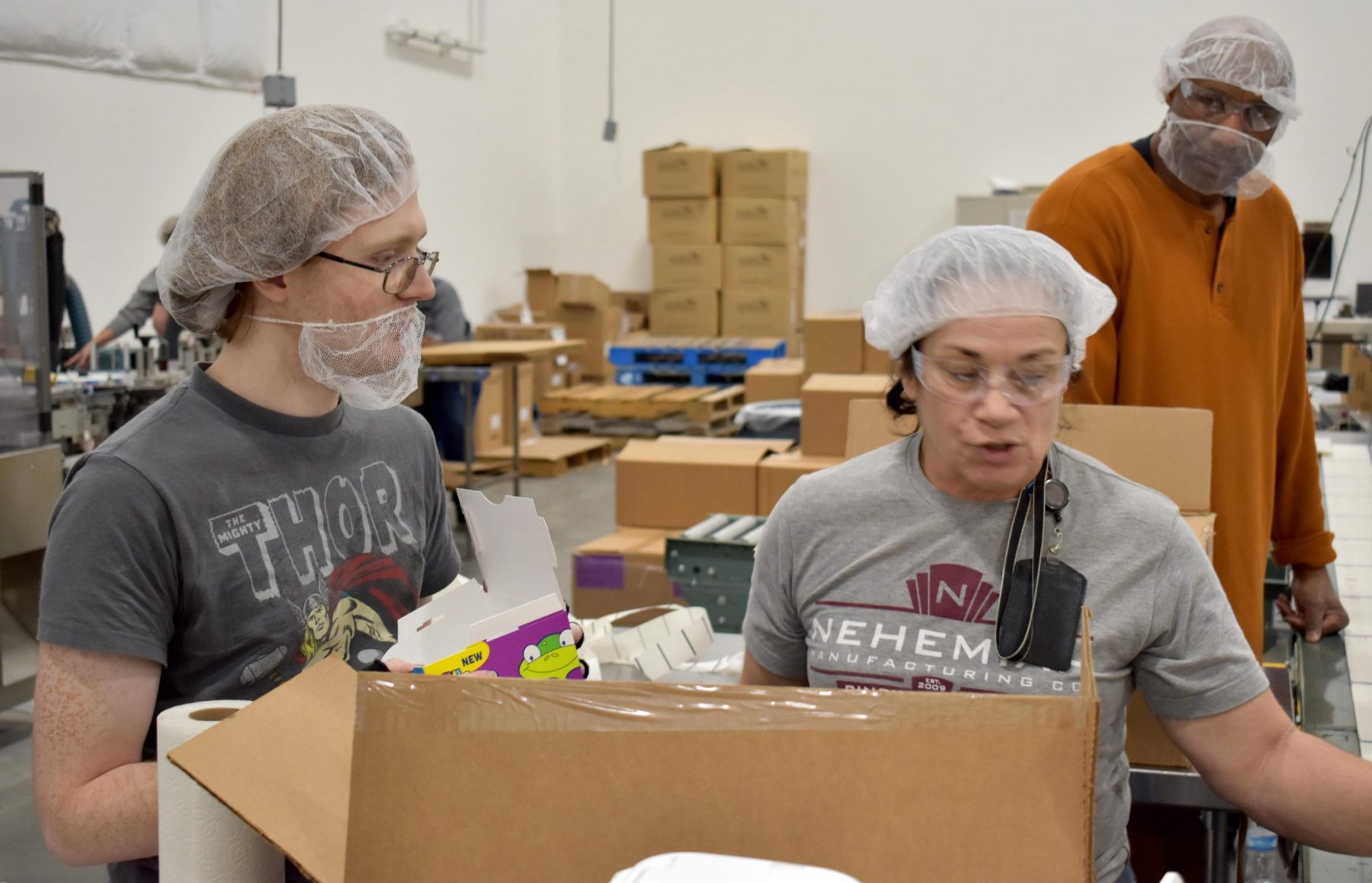 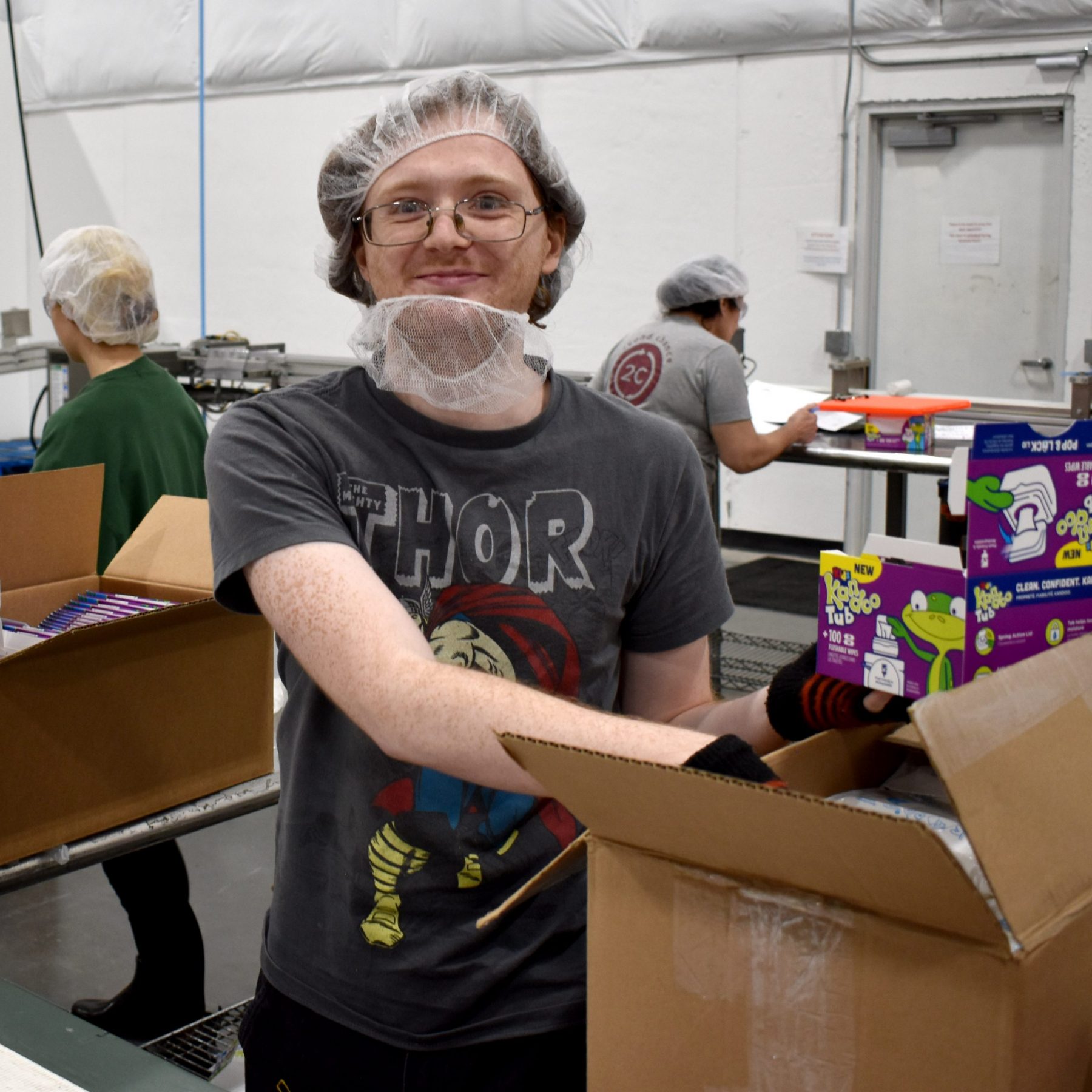 After his break, Joe Riley walks back to the warehouse floor, chats briefly with the line manager and takes his place behind the conveyor belt.

Boxes start rolling down the assembly line and Riley, 22, begins placing items inside each one that goes by his station. He works 40 hours a week at Nehemiah, a light manufacturing company in the West End.

“Joe is very shy and he didn’t talk to anyone his first few days,” said Kasie Cowan, an HCDDS service and support administrator. “He left early on his first day at work because of his anxiety, but he’s made a lot of progress and is opening up and making friends.”

Before starting his job at Nehemiah, Riley had no work experience and spent most of his days at home watching TV or playing video games. “My grandma encouraged me to find something to do to get me out of the house,” he said.

With help from Cowan and job developers at Ohio Valley Goodwill, he landed this job and now works independently.

Shanta Adams, an assistant supervisor at Nehemiah, has worked with Riley since he started. Even though Riley had a rough start, Adams and other coworkers were patient and friendly, trying to help him adjust.

“He’s stepped up a lot and has come a long way,” she said. “We needed him to speak up when he knew some of the work was incorrect. At first, he didn’t report it but now he communicates much better and is doing a good job.”

Two years ago, interacting with his coworkers seemed like an impossible obstacle. Now he regularly joins them after work hours to attend football games or spend the day at Coney Island.

Riley recently started receiving benefits from Nehemiah, is earning paid time off and has started saving money for his retirement. He was named Employee of the Month in November.

“You can really see the change – he’s more communicative now and happy,” Cowan said. “His coworkers cheer him on and encourage him.”

Back to Go-To Resources