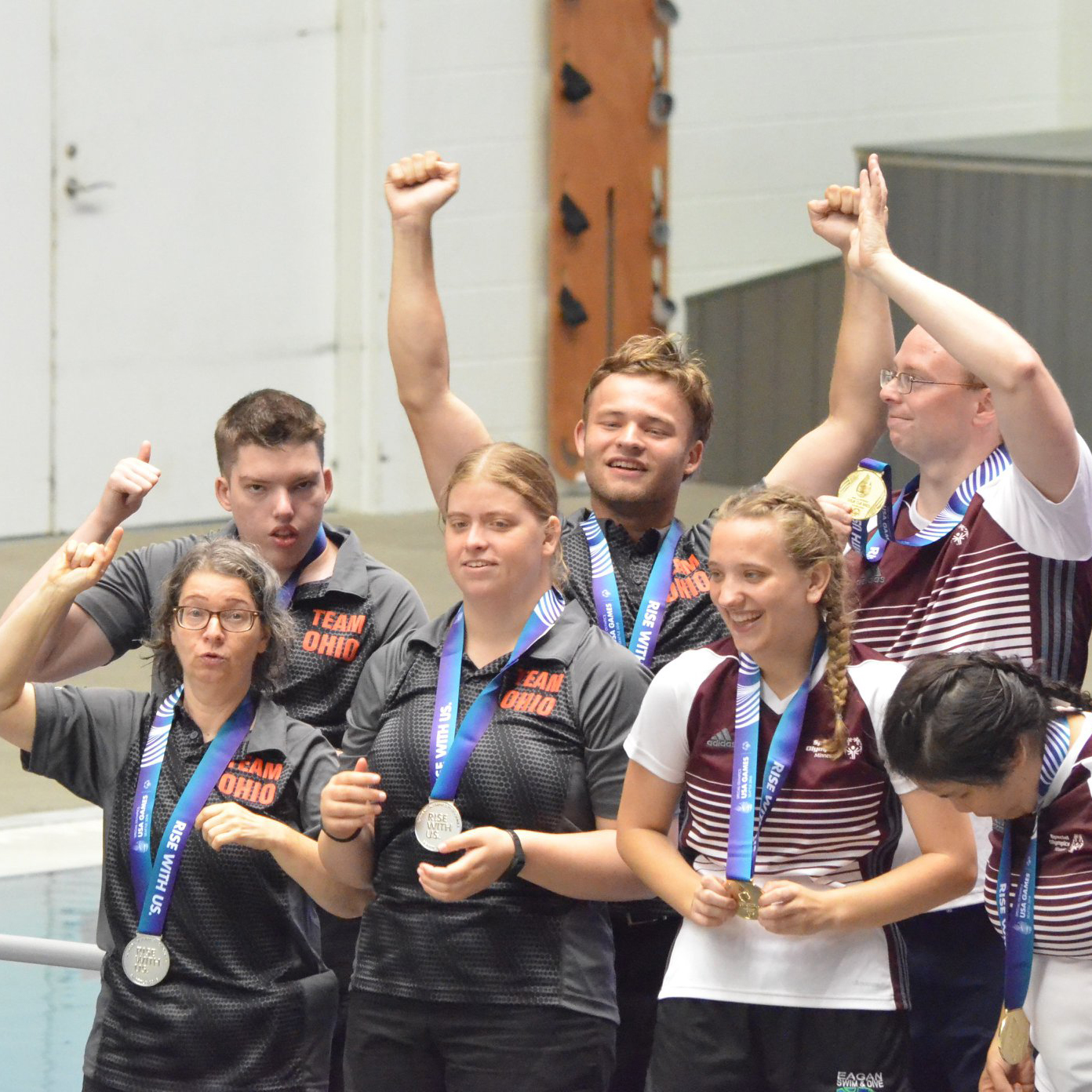 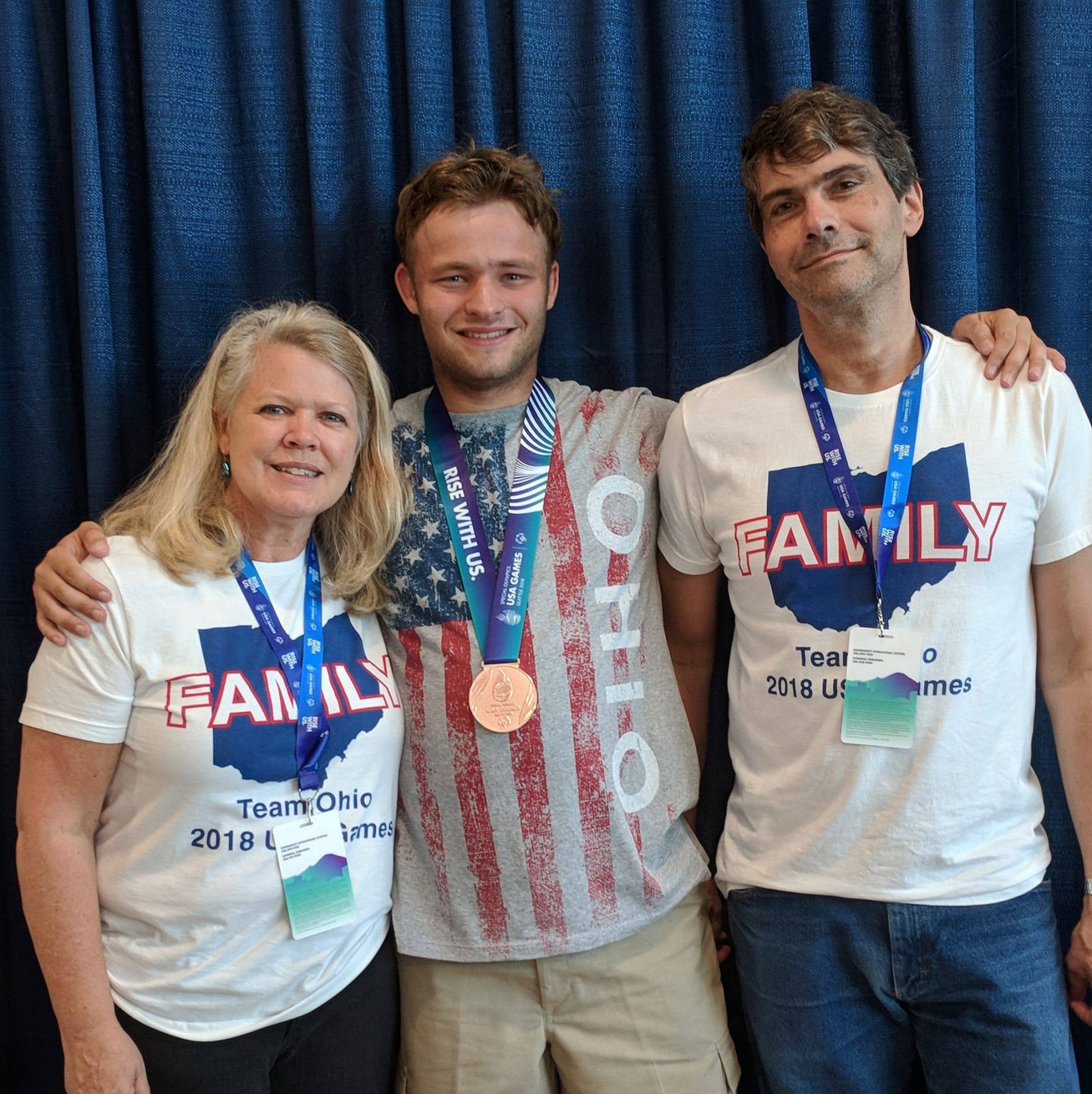 With three medals around his neck, David Tripathy was ecstatic. He was one of only four Ohio swimmers among the 4,000 athletes at the 2018 Special Olympics USA Games in Seattle, and he placed in each of his races.

Tripathy, 22, earned gold in the 50-meter butterfly, silver in the 4×25 freestyle relay, and bronze in the 100-meter freestyle. “I was in the best mood,” he said of his swimming performance at the USA Games.

His journey to the championship began during summer trips to Lake Michigan. “I’d always make him wear a life jacket, but his friends didn’t have to wear lifejackets,” said DeDe Rowe, his guardian and adoptive mother. “David was determined to learn how to swim. He took to it like a fish.”

Now, being in the water is Tripathy’s comfort zone. In 2009, at age 13, he started swimming with the local Special Olympics. At 17 years old, he won his races at the State Games.

When Tripathy received the invitation to swim at the USA Games in Seattle, he was surprised and excited. The national competition occurs every four years and Ohio athletes only have one chance to participate.

“I was very proud – it’s been a dream of mine for a while and a long-term goal. The odds of it happening were pretty amazing,” he said.

The training was intense – workouts and practice four days a week, swimming 1 to 2 miles each time. His coach, Stephen Wuest, structured practices to include sprints and active recovery to build endurance. “David was always very focused on continually improving,” Wuest said. “He’d attack every practice like it was a race. He never wanted to lose, and David would push his fellow competitors because he wanted them to win as much as he did.”

That atmosphere of healthy competition continued at the USA Games, and Tripathy made friends and bonded with the other athletes. “It really brought people together,” Rowe said.

An injury sidelined Tripathy this spring, but he’s itching to start training again. “I have to get back in the water,” he said.

Back to Community Partnership